Put that altogether and what do you have? This week it’s Reserve Champion at the USEF Pony Finals, Green Medium Pony division with over 70 entries. The pony is Brighton Heartbreaker, a 6-year-old Welsh cross, and this was her ninth show ever. The rider was the talented Daisy Farish, a 13-year-old competing in her seventh and last Pony Finals. Heritage Farm trains; Patricia Griffith was on the ground this week. Phoebe Weseley of River Run Farm owns the pony. So where do the princess and the pig fit in? 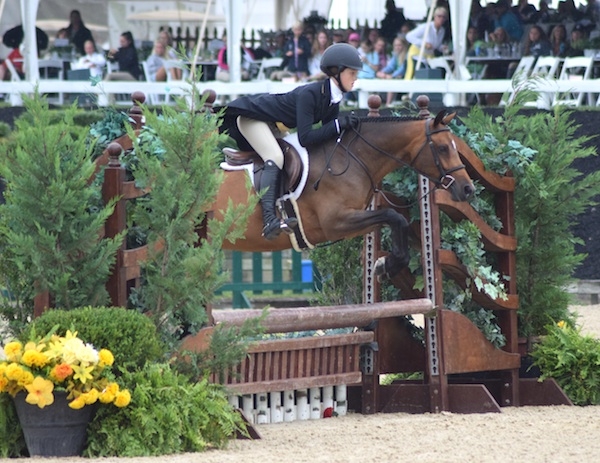 Lets go back six years when Phoebe got a call from Eric Caleca of Brighton Stud. “He saw my daughter’s pony, Brighton Beam A Bit on the cover of Sidelines magazine and said I should come look at his ponies.”

And Phoebe, thinking it would be fun for she and her then 11-year-old daughter. Carson, to have a pony project, said “Ok.” So up to northern New Jersey they ventured and out in the broodmare field were a group of weanling ponies. Phoebe picked their favorite baby, a bay filly by Romany River Talisman and out of Brighton Heartbreak Run, patiently raised her for six years, and the results proved worthwhile.

A Princess in the Making
Phoebe took the new weanling to her farm and turned her out with a mare that took her in as her own. At age two the pony went to Jenny Thompson’s Pine Haven Farm in Maryland for 60 days of ‘breaking’, was turned out again and returned to Thompson’s at age three for 60 days. Then as a 4 and 5-year-old she went to HITS Ocala and hung out. Known at home as ‘Bettie’, the pony is named for Phoebe’s mother-in-law who is a southern belle. So of course she has to live up to her name.

“In the interim my daughter lost interest, found boys, and so I was riding the pony,” Phoebe explained. Luckily she is only 4’11”. “She is a bit of a princess. If she doesn’t want to do something she will ever so politely say ‘no.’ When she was younger I didn’t insist, but now I do. She is really smart, very balanced and straight forward but still a princess.” 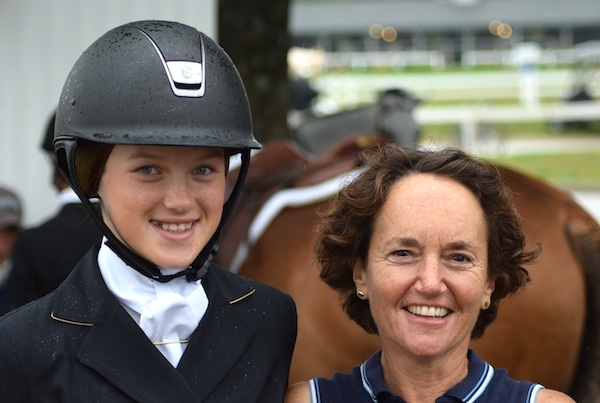 A Pet Pig
Several years ago while Bettie was still growing up, Carson and Phoebe sited an adorable piglet for sale at a horse show. Not able to resist the little swine, ‘Fudgie’ found his way into their hearts and a home at River Run Farm.

Not tiny for long, Fudgie is now good size pot bellied pig with an opinion. He likes the nice horses and has chosen Bettie as his princess. He sleeps in her stall, when she’s home and when she’s not, and hangs out in her paddock. 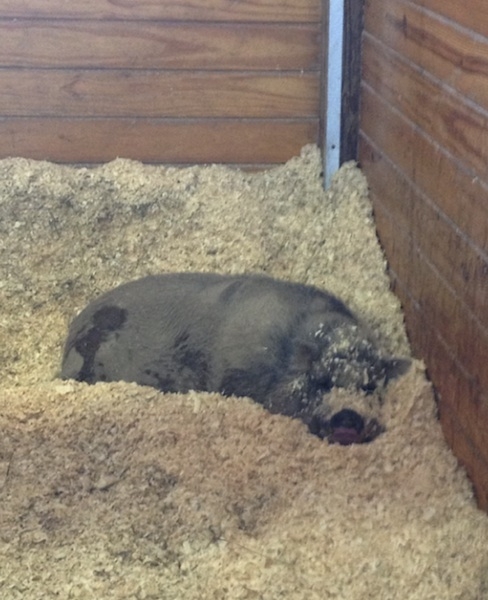 Pony Finals with A Fabulous Farish
Phoebe also took Bettie to Kentucky as a young pony, and a young Daisy Farish from Lexington tried her. The Farish family wanted to bring her home, but Phoebe, the protective pony mom, thought Bettie was too young.

The very green pony made her debut at WEF this past winter with Daisy riding and was Champion her second show. Next was Old Salem in the spring where she was Reserve Champion the first week and Champion the second week. She then competed at HiTS Saugerties and Brandywine with Isabel Ryan in the irons and her final prep for Pony Finals was one week in Kentucky with Emma Kurtz riding. She kept on winning. The stage was set for Daisy Farish, who had thought last year was her final year at Pony Finals but was happy to make an exception to ride Bettie.

“She has a great rhythm,” explained the accomplished equestrian. “That’s my favorite thing about her.”

“I always thought in the back of my mind that she could go to Pony Finals so bringing her to Lexington was a premeditated move in a way,” said Phoebe smiling. “She’s learning to be a show princess. Heritage knows ponies and they’ve done a great job with her.”

Knowing that Eric Caleca is no longer breeding the Brighton line, Phoebe is determined to see the line continue. Although she expects Bettie will go on to the perfect pony home, she does want to make breeding arrangements for the future.

The smile on everyone’s faces put the icing on the Princess Pony winning at Pony Finals cake. 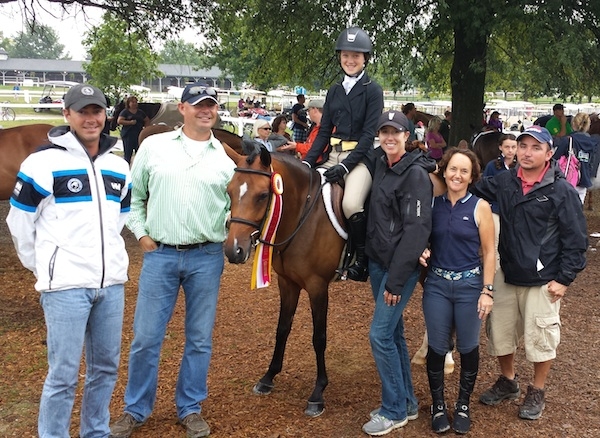 By Jackie McFarland for ProEquest.com.